I remember a comic from a few months, a few years back. It had a goblin who wouldn’t stop creating nightmares, who wouldn’t cease building spiked balls and grotesqueries. All the while, everyone else reveled in the light, in figments of beauty. Bright, shiny, happy things.

And of course, one of the jovial creators caved and asked: “Why do you make these things?” Why do you summon horror to our doorsteps? Why do you insist on inventing new entities to fear when the world itself is already such a terrible place? (I’m obviously taking some creative license here, but bear with me.) He said nothing. Instead, he stared for a moment and then allowed his newest monstrosity to drift into the abyss, where it floated among all the other dark things he’d dreamt up.

A hand eventually shot out of the murk and grabbed ahold of the line. The comic ended with a dirty, tattered silhouette allowing itself to be carried away.

Sometimes, we need to be told that it gets better, that tomorrow comes, that the dawn will follow the sleepless night spent folded into a plastic chair, your mother’s breath rasping through the hospital room.

(Rachael K. Jones’ “Travelling Mercies” and Rose Lemberg’s “The Desert Glassmaker and the Jeweler of Berevyar” are those stories for me. I reread them often. When a convention ends and I’m nothing but nerves, all alone and starved for touch. When I’m a thousand miles from the person I love, when they’re just a jumble of selfies and I miss you’s. Those stories and stories like them, they keep me alive, keep me nourished.)

Sometimes, though, we need something else.

I think a lot about Delilah S. Dawson’s “Catcall.” It is angry, vicious, seething with so much venom that I choke on the words each time. It is her story, my story, the story of every woman who’d ever squeezed their fists around a ring of keys as they stalked down a dark alley. It is a snarl, a snapping of teeth, a warning against every Hey baby and Smile for me honey. It doesn’t go pretty places. It doesn’t need to.

But for the longest time, I didn’t get that. I didn’t understand. Why would I want to be reminded of all the things that had happened? I carried them under my lungs, tasted them – soot, sour sweat – in every breath I took.

And then it clicked.

People like to say there are no new experiences; everything that happens is something that has happened before; the answer to Am I the only one? is always a disdainful No: someone has always had it worse. In other words: Don’t bitch. Don’t whine. Don’t cry. Don’t argue.

You’re not the first.

You’re not the last.

So deal with it.

All that is poison. Lies. Vileness concealed as platitudes. And we know it intellectually. All of us do. But when your lungs burn, when you’re at your doorstep, shaking from the laughter that hounded you down the street, when you start planning a hundred contingency plans, a thousand new routes so you’ll never have to cross their paths again? It doesn’t feel like that. Instead, it feels like you’re drowning.

Like you’re suffocating on the memory, on all those helpful questions that follow, all those attempts to figure out what’s happening to you: What were you wearing? Did you smile at them? Did you come home too late? Did you linger too long? Did you swing your hips? Did you make yourself look like prey?

After a while, you close up. You start fighting for air. You knife up against the waters as they close down on you, as your brain starts to wonder if it was your fault all along. Sometimes, you win that argument. Sometimes, you don’t.

And stories like “Catcall” are for when we give up, when we start doubting ourselves. We clutch at them and they pull us out, singing their rage, our rage. All the songs bled from our skins, cut from our hearts by a world too broken by half.

Not every story needs a happy ending.

Occasionally, all they need to do is remind us that we’re not alone, someone was here before and they survived.

I’m hoping to do the same with Hammers on Bone. I wrote the novella in desperation after learning what’d happened to two little boys I knew. When I started writing the book, I wanted to give them a happy ending, a better present. I wanted to rescue them, or at least the idea of them because I couldn’t do anything else.

But then I stopped and thought about it. And Hammers on Bone became something else. I molded it into a scream, a snapping of teeth, a bubbling rage that could be weaponized by a reader, a reminder that you don’t have to be a monster to survive in this world, a demand that we stop and pay attention to the things that are happening behind closed doors, that we do not dismiss the whimpering child as “childish” but consider the truth: is something worse happening to them?

We’ll see. I hope the right message gets out there. 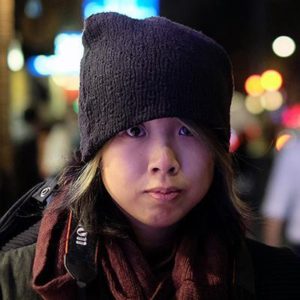 Cassandra Khaw writes a lot. Sometimes, she writes press releases and excited emails for Singaporean micropublisher Ysbryd Games. Sometimes, she writes for technology and video games outlets like Eurogamer, Ars Technica, The Verge, and Engadget. Mostly, though, she writes about the intersection between nightmares and truth, drawing inspiration from Southeast Asian mythology and stories from people she has met. She occasionally spends time in a Muay Thai gym punching people and pads.