Veles is the God of the Slavic Underworld.

He is one of the twin god brothers present at the birth of the world, locked in an eternal battle against his brother Perun. He is at the very heart of the struggle of light against darkness, good against evil, death against life.

Or, quite possibly, he is instead the God of Cattle.

Such inconsistencies made my research into Slavic mythology for the purpose of writing The Second Bell a somewhat humorous, if frustrating, affair. While novelists drawing inspiration from Norse, Greek, and Celtic mythologies have a wealth of written records to consult, things are a little different on the Slavic side of things.

Unlike with the Norse and Roman mythologies, there’s no written records of the Proto-Slavic beliefs. While some elements of the Slavic pantheons were incorporated into Christian worship among Slavic peoples, others were gradually eradicated. All were changed.

What we think we now know of Slavic gods, beliefs, and customs is meticulously pieced together by anthropologists comparing local songs and customs, by linguists comparing the evolution of language across the Slavic nations, and by archeologists with a good deal of romanticised accounts from the Slavic Revival movement in the late 19th century thrown into the mix.

The conclusions drawn by the different scholars are, however, incredibly inconsistent, as evidenced by the confusion over the god Veles.

Of course, historical accuracy is not necessarily a priority in writing fantasy fiction. Were my books reimaginings of Greek hero stories, that would matter more, perhaps. A thousand fans of the classics would call me out should the mighty Hercules suddenly become Hera’s favourite flower delivery man.

So why does research matter when writing Slavic-inspired fiction, and which elements of the folklore should remain unchanging, a kind of steel scaffolding for the rest of the magpie-chosen shiny factoids?

To me that is the slightly nebulous and elusive “feel” of the mythology. In the source texts there are certain parts of the stories that stay the same while the reinterpretations of other elements change. For me, in Slavic mythology, that constant core is the duality of all things and the potential for evil and danger lurking beneath the surface of all.

In most source texts, strigas are described as a transformed human. Should a person be unfortunate enough to have two hearts (and what follows—two souls), then after death they rise again as a vicious, bloodthirsty creature. The details, of course, vary, but at their core the striga stories focus on the duality of human nature. A striga could be your mother, sister, the kindly neighbour, and simultaneously a monster waiting to be awakened. The danger is hidden, anything could become (or may already be) a threat.

In my novel, The Second Bell, the townspeople fear and reject those children who are born with a second, striga heart. They are seen as monsters, or monsters-in-waiting, which truly amounts to the same thing.

Now the mothers who choose to join their infants in their banishment do not suddenly, magically shed their fear of the strigas. While the strength of their love might take them beyond the boundaries of the forest, and away from their old lives, it doesn’t mean and can’t be the end of the battle.

They leave everything believing that the child in their arms might in fact be monstrous. That though they love their baby, that love might not be enough.

It’s a fear that then transcends the generations, and is at the core of the taboos that delineate the limits of a striga’s life.

Challenging such taboos would be neither easy nor straightforward for anyone. It requires not just courage. After all, bravery is the privilege of heroes who know their cause is righteous. Looking into your soul, believing you might find only darkness, requires a desperation that will let you bet your own self on the hope that should there be evil inside you, you will have the strength to conquer it.

When it comes to Slavic mythology, there are many unknowns. The one constant I have found as a writer drawing on this research is that the uncertainty about the nature of things is at the core of every Slavic story, and there is something quite universal about that.

After all, humans live in a state of constant change. Everything is vague and uncertain and has the potential to become a threat, and change is inevitable. The yearning to understand and pin down the absolute nature of things is always confronted with the reality that nothing is forever, nothing is completely safe.

Accepting this duality is at the heart of Slavic folklore. Things and people can be both good and bad, kind and cruel. Nothing can be known completely, not even your own heart. 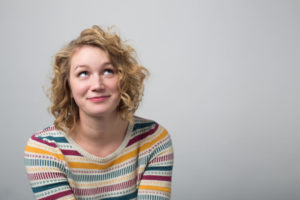 Gabriela Houston was born and raised in Poland, brought up on a diet of mythologies and fairy tales. She spent her summers exploring the woods, foraging and animal tracking with her family. At 19, Gabriela moved to London to study English Literature and obtained a Masters degree in Literatures of Modernity, where she now lives with her husband and two children. 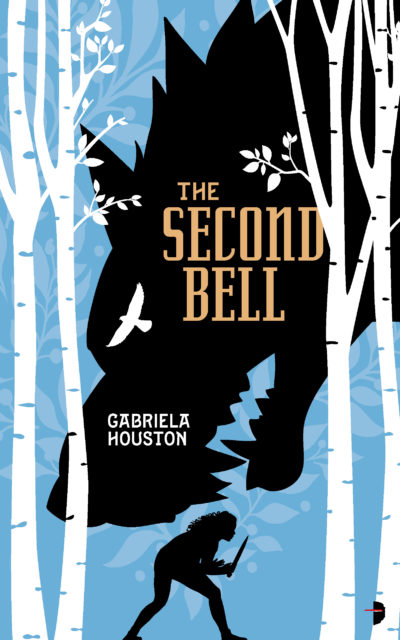