This is one of those hard news/good news posts, Space Unicorns. 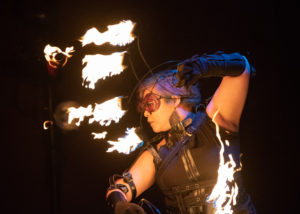 The hard news is that after five years, Managing and Nonfiction Editor Michi Trota has decided to move on from her Uncanny editorial duties at the end of 2019. We can’t overstate how important Michi has been to Uncanny. Michi started with us on day one as Managing Editor. She developed a ton of our processes, made everything look slick and professional, always had a strong voice in the nonfiction, and has been the Space Unicorn Ranger Corps’ biggest cheerleader. We really can’t say enough great things about Michi and what she did for making Uncanny what it is today. She’s a dear friend who has stepped up for every challenge. We know that Michi is going to do more fabulous things in the future.

Michi will be staying through Uncanny Magazine #31 (November/December 2019) to make sure we have a seamless editorial transition. Michi will also continue to co-host and co-produce the Uncanny TV pilot, which will be premiering later this year. We are sure that even though she will no longer be an Uncanny editor, Michi’s association with Uncanny will continue in many different ways.

Starting with Uncanny Magazine #31 (November/December 2019), the new Managing Editor will be… 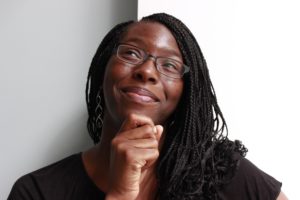 Chimie is the current Uncanny Magazine Assistant Editor, and started with us as an intern in February 2018. She has done a phenomenal job, and we expect more tremendous things from her. She has been working very closely with Michi for quite some time, so we know this will be a seamless transition. Chimie is a rising superstar writer and editor, and it is such a joy to work with her. We are very excited about this!

Chimedum “Chimie” Ohaegbu attends the University of British Columbia in pursuit of hummingbirds and a dual degree in English literature and creative writing. She’s a recipient of both the full 2017 Tan Seagull Scholarship for Young Writers and a 2018 Katherine Brearley Arts Scholarship. She loves tisanes, insect facts but not insects, every single bird and magpies especially, and video game music. Her fondness of bad puns has miraculously not prevented her work from being published or forthcoming in Strange Horizons, Train: A Poetry Journal, The /tƐmz/ Review, and The Capilano Review.  Find her on Twitter @chimedumohaegbu or Instagram @chimedum_ohaegbu.

But that is not all, Space Unicorns! Starting with Uncanny Magazine #32 (January/February 2020), the new Nonfiction Editor will be… 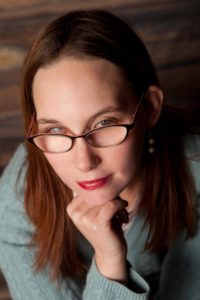 Uncanny readers should be very familiar with Elsa. She was the guest Editor-in-Chief (with Dominik Parisien) and Nonfiction Editor of Disabled People Destroy Science Fiction, and has had her essays and fiction published in Uncanny on numerous occasions. We are so thrilled to have Elsa taking over the nonfiction editing. She did a tremendous job as a DPDSF guest editor, and has proven time and time again that along with being a brilliant writer, she is one of the best editors in the business.

Elsa Sjunneson-Henry is a multi-Hugo-Award finalist author and editor. She was the Co-Guest Editor-in-Chief of Disabled People Destroy Science Fiction, where she edited the nonfiction section. Her own nonfiction writing has appeared on CNN Opinion, Tor.com, Fireside, and The Boston Globe. She teaches about disability in fiction on a regular basis. She has an MA in Women’s History from Sarah Lawrence College, where she learned how to write a killer polemic. You can find her talking about being deafblind, having a guide dog, and liking bats @snarkbat on Twitter, and on her website snarkbat.com

But wait, there is more!

Starting with Uncanny Magazine #31 (November/December 2019), the new Assistant Editor will be… 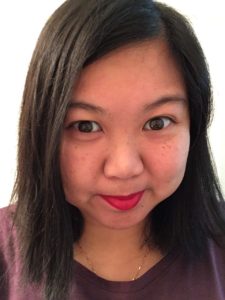 You might know Angel from her Uncanny Magazine essay. She’s a wonderful writer, reviewer, and editor who has contributed to numerous excellent markets, and we are very excited to have her join the Uncanny team!

Angel Cruz is a writer and professional enthusiast, with a deep love for magic realism and Philippine folklore. She is a staff writer at Ms en Scene and Women Write About Comics, and a contributor at Book Riot. She was a 2017 Contributing Writer at The Learned Fangirl, with additional bylines at the Chicago Review of Books and Brooklyn Magazine. Find more of her work at angelcruzwrites.contently.com, or follow her on Twitter @angelcwrites.

Uncanny Magazine Year 6 will be fantastic, Space Unicorns. Though many changes are happening, we will continue to have the BEST STAFF in the universe.