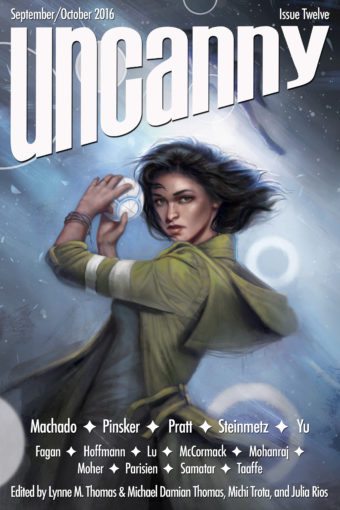 Episode 12B (October 4): Editors’ Introduction, E. Lily Yu’s “The Witch of Orion Waste and the Boy Knight” (as read by Amal El–Mohtar), Ada Hoffmann’s “Million–Year Elegies: Tyrannosaurus” (as read by Erika Ensign), and an interview with Dominik Parsien and Navah Wolfe conducted by Deborah Stanish. 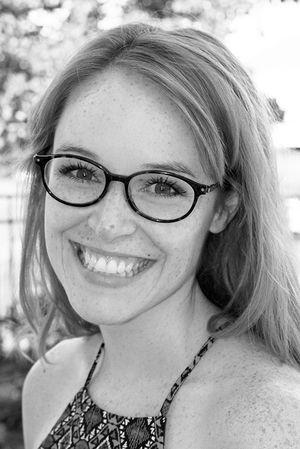 Kirbi Fagan is an award–winning Metro Detroit based illustrator who specializes in creating art for young readers. Her illustrations are known for their magic themes, nostalgic mood, bright colors, and powerful characters. She received her bachelor’s degree in Illustration from Kendall College of Art and Design.

Kirbi teaches workshops for both kids and adults. She is active in the illustration community both online and at large. She has participated and curated art events with “Art Prize,” “Art.Downtown,” Grand Rapids Children’s Museum, Square Peg Studios, and more. Kirbi’s work has been acknowledged by organizations such as the Society of Illustrators of Los Angeles and New York, ImagineFX, Art Order, and the International Writers & Illustrators of the Future. Recent clients include Marvel, Capstone Publishing, and Dark Horse Comics. Kirbi lives by two words: “Spread joy.” When not painting, Kirbi enjoys writing stories, spending time with her family, and rollerblading with her dog, Sophie.

The cover is “Extrahumans” from the book of the same name by Susan Jane Bigelow, courtesy of Book Smugglers Publishing.

Under One Roof by Sarah Pinsker

My Body, Herself by Carmen Maria Machado

Not a Miracle But a Marvel by Tim Pratt

The Witch of Orion Waste and the Boy Knight by E. Lily Yu

Rooms Formed of Neurons and Sex by Ferrett Steinmetz

The Ghost Marriage by Sonya Taaffe

All True, Especially the Lies—Or, How I Learned to Stop Worrying and Love Cardassia by Una McCormack

This Is Our Work: What Star Trek Asks of Us by Mary Anne Mohanraj

Growing Up in Wonderland by Dominik Parisien

Blood Matters: Growing Up in an SF/F House by Aidan Moher