Also, “Shadow Prisons” by Uncanny Magazine Interviewer Caroline M. Yoachim from The Dystopia Triptych is a finalist for Best Novelette!

It is an amazing list of finalists, many of whom are Uncanny authors and friends. CONGRATULATIONS TO EVERYBODY!!!

March 15, 2021 – The Science Fiction and Fantasy Writers of America, Inc. (SFWA) is pleased to announce the finalists for the 56th Annual Nebula Awards®. The awards will be presented in a virtual ceremony on June 5, 2021, hosted by returning Toastmaster Aydrea Walden.

SFWA is pleased to welcome back Aydrea for a second year. Walden has written for the series Yin Yang Yo! and created, written, and starred in the Webby-nominated series Black Girl in a Big Dress. She has worked in the animation department on the films The Croods, Home, and How to Train Your Dragon: The Hidden World. Walden also performs, appearing in her one-woman show, The Oreo Experience: A Total Whitey Trapped in a Black Chick’s Body, the short film Sci-Fi 60, and an episode of The Mandalorian.

For $125, registered participants will gain entry to professional development panels, virtual socializing spaces dubbed the “Airship Nebula,” mentorship opportunities, office hours with experts, an archive of the content, and access to ongoing educational events throughout the following year.

About the Nebula Awards®

The Nebula Awards® are voted on and presented by Full, Associate, and Senior members of the Science Fiction and Fantasy Writers of America, Inc. Founded as the Science Fiction Writers of America in 1965 by Damon Knight, the organization began with a charter membership of 78 writers; it now has over 2,000 members, among them many of the leading writers of science fiction and fantasy.

Since 1965, the Nebula Awards® have been given each year for the best novel, novella, novelette, and short story eligible for that year’s award. The Andre Norton Nebula Award for Middle Grade and Young Adult Fiction was added in 2005, followed by the Ray Bradbury Nebula Award for Outstanding Dramatic Presentation in 2009, and the Nebula Award for Best Game Writing in 2018. An anthology including the winning pieces of short fiction and several runners-up is also published every year. 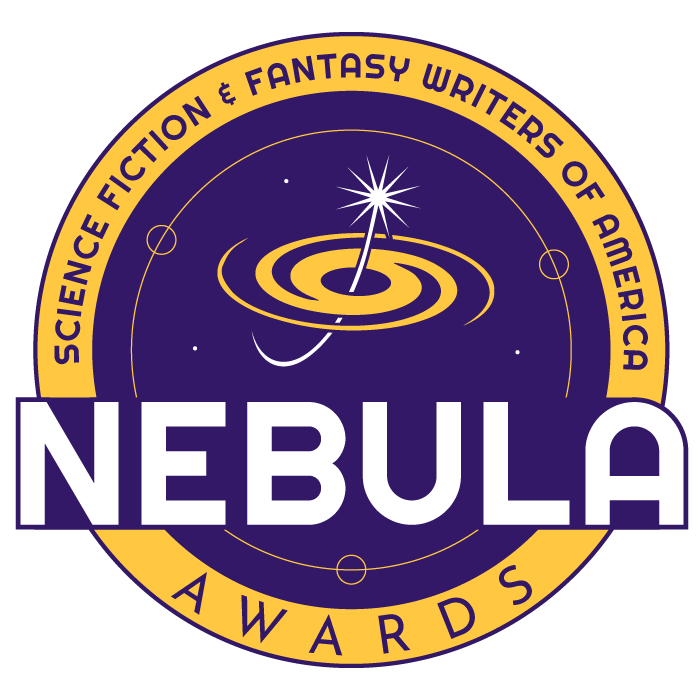