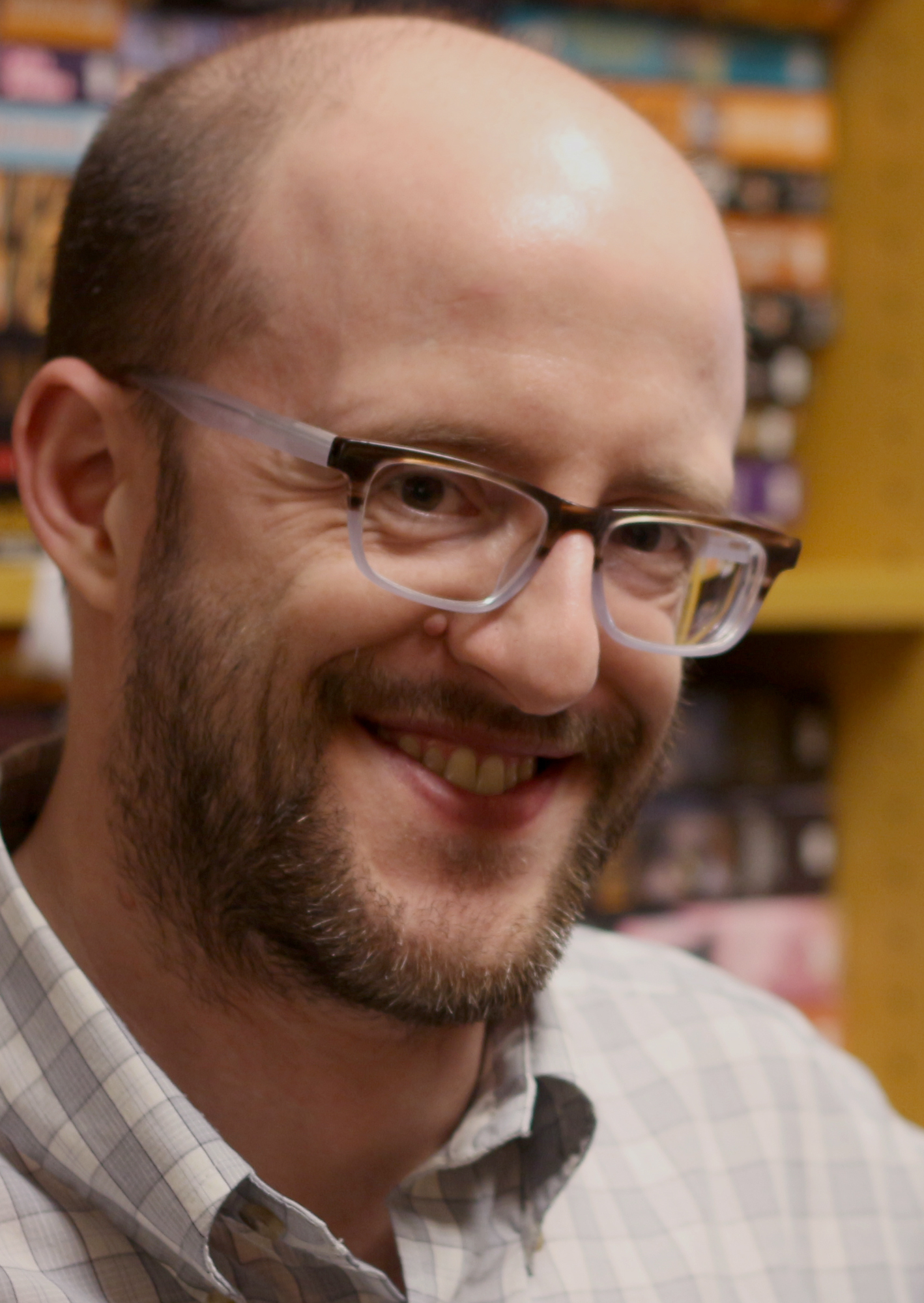 Jim C. Hines is the author of fifty published short stories and nine fantasy novels, including the Magic ex Libris series about a magic librarian from Michigan’s Upper Peninsula, the Princess series of fairy tale retellings, and the humorous Goblin Quest trilogy. He’s an active blogger, and won the 2012 Hugo Award for Best Fan Writer. He lives in mid-Michigan with his family. You can find him online at www.jimchines.com.

1) You’ve written several novels and maintain a blog with almost daily entries. How do you balance keeping up your blog while writing books?

It’s a day-to-day balancing act. The past year has been a particular challenge, since I’ve been working on two different novels, which is more than I’ve done in the past. I try to keep my fiction writing as my top priority, meaning I don’t work on the next blog post until I’ve made progress on whatever novel or story I’m working on that day. Though there are days when a particular topic gets under my skin, and I can’t focus on fiction or anything else until I’ve written an essay for the blog and gotten it out of my system.

2) You often write about social issues, like addressing privilege, understanding rape culture and the need for greater diversity in SF/F. Since you’ve been writing about these issues, do you think there’s been any change for the better (or worse) in how the SF/F community handles discussions about these issues?

I hope so! I think there has been some change in parts of fandom — conventions, online fandom, fanzines. I’m seeing far more conversations about representation and inequity and other problems in the genre. Those conversations aren’t always pretty. Often they’re infuriating and painful and ugly. But I think we’ve reached a point where it’s very difficult to keep sweeping these problems under the rug and pretending they don’t exist.

I think the internet has helped a lot here, by providing a voice and platform to people who have historically been silenced, as well as helping to create connections among people who might have felt isolated or alone in their frustrations.

I rarely go a day without reading something that makes me want to put my head through my desk. For example, “You wrote about an overweight bisexual heroine, therefore this is a TOTAL SOCIAL JUSTICE WARRIOR BOOK!” But overall, I do think we’re seeing change for the better, and I’m hopeful for where the genre and community are going.

3) How do you use your work to challenge yourself or your readers?

I’m not deliberately setting out to challenge my readers, though I’d like to believe that all fiction can challenge people, if only by showing them the world through other people’s/character’s eyes. As for myself, I try to push myself to do something new and challenging with each book. I get bored doing the same thing over and over, and it’s harder to grow if you stop climbing. Often, that comes in the form of writing stories that scare me. The best example I’ve got is a story I did last year called “Stranger vs. the Malevolent Malignancy,” which was a humorous story about cancer. I was terrified of getting it wrong, of being insensitive, or just flat-out failing to pull it off. It was one of the hardest things I’ve written, but I’m also incredibly proud of the result, and I learned a bit more in the process.

That’s a tough one. In a lot of ways, I have a pretty canny life. I think the ghost squirrel who lives in our attic keeps most of the weirdness at bay.