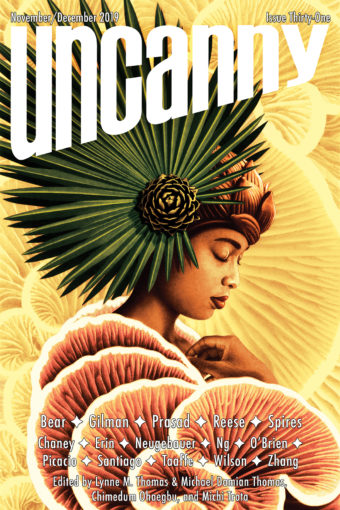 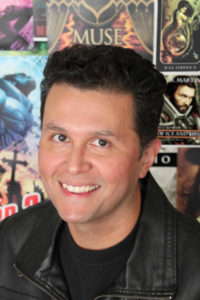 John Picacio is one of the most acclaimed American artists in science fiction and fantasy over the last decade, creating best-selling art for George R. R. Martin’s A Song of Fire and Ice series, as well as the Star Trek and X-Men franchises. Major clients include Penguin Random House, Tor Books, HarperCollins, Scholastic, Simon & Schuster, Subterranean Press, Pyr, Baen Books, Dark Horse Comics, and many more. His body of work features major cover illustrations for authors such as Michael Moorcock, Harlan Ellison, Brenda Cooper, James Dashner, Frederik Pohl, Dan Simmons, Mark Chadbourn, Sheri S. Tepper, James Tiptree, Jr., Lauren Beukes, Jeffrey Ford, Joe R. Lansdale, and many, many more. His accolades include two Hugo Awards, eight Chesley Awards, two Locus Awards, two International Horror Guild Awards, the World Fantasy Award, and the Inkpot Award. In 2012, he founded his own creative imprint, Lone Boy, which became the launchpad for his Loteria Grande cards, a bold contemporary re-imagineering of the classic Mexican game of chance. In 2018, he became only the third person in 76 years to serve as Guest of Honor and Hugo Awards Master of Ceremonies at the same Worldcon. For more, please visit johnpicacio.com.

A Time to Reap by Elizabeth Bear

Without Prayer or the Place in the Forest by Sonya Taaffe

The Wooden Box by Annie Neugebauer

So Long and Thanks for All the Space Unicorns! by Michi Trota

If You’ve Heard This One Before by Brandon O’Brien

The Science, Fiction, and Fantasy of Genre by Alexandra Erin

The Page and the Panel: Writing Between Prose and Comics by G. Willow Wilson

As You Know, Bob… by Jeannette Ng

Confessions of an Adjacent Geek by Keidra Chaney