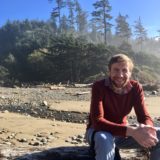 Born in Scotland, Stu West studied, variously, Film, Biology, and Creative Writing at Glasgow University and spent a decade working in biotechnology. He has written horror scripts for Imperium Comics and his fiction has appeared in Fireside Magazine. He lives in Ottawa with his Canadian wife and their two cats.