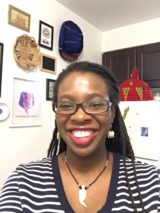 Chinelo Onwualu is a Nigerian writer and editor living in Toronto. She’s the nonfiction editor of Anathema Magazine, and co-founder of Omenana, a magazine of African Speculative Fiction. Her writing has been featured in several anthologies and magazines, including Slate, Uncanny, and Strange Horizons. She’s been nominated for the British Science Fiction Awards, the Nommo Awards for African Speculative Fiction, and the Short Story Day Africa Award. Find her on her website at: www.chineloonwualu.com or follow her on Twitter @chineloonwualu.