When I was very young, you couldn’t get me to stop writing, reading, and daydreaming. I needed stories because deep down, I was sure that telling a story right was the only way I could ever be forgiven for the crime of being myself.

Understanding this might be a little easier if you sit inside a writer’s head for a moment—or at least, if you sit inside mine. I am an ink-eyed, darting creature, hoarding everyday things until they pile up into something I can burrow into properly. I practice pulling faces, trying to find just the right word to describe the feeling of a scowl. I speak in imaginary people’s voices, choreograph battles with unseen foes. I enter rooms and silently narrate my own comings and goings.

I do this—and, I think, other writers do this—because stories demand to be told correctly. They won’t always tell us exactly what they want, but insist on having it, all the same. What’s worse, sometimes stories ask you to write them because they know you really need them. You need what they can say to make up for everything you’ve failed to say or do, outside their margins.

The brain is a remarkable thing. It invites us to take the world and spin it into different possibilities, imagining alternatives. It’s the organ that makes change possible. Whatever else we might say about the heart in our most romantic moments, it’s the seat of stories. That wondrous speculative capacity also makes it appallingly cruel.

The brain loves unpacking all our memories of word and act and intent, only to reveal the inventory badly in arrears. We hurt people. We say things we don’t mean, or worse, things we do, but should have held back. We face challenges and crumple before them, or beat them back in ways we come to regret. We can imagine ourselves as better, smarter, kinder, stronger, more diligent, and more successful. And we are so very, very good at punishing ourselves for not being those things.

I wrote The Nine at a time when I didn’t know what I meant anymore, or if I mattered. I needed a story about people finding value in themselves, and each other, and contending with what that really means. I needed to be redeemed.

Talk about stories long enough, and you’re bound to talk about a redemption arc. A character has done terrible things and now, faced with the opportunity to do or be better, they begin an elegant (or maybe awkward) heel-face pirouette. But I don’t know that I’ve ever heard anyone describe my redemption arc, as a writer. The story demands to be told correctly and I need to prove that I can do it, because it contains what I think (or fear) is true about the world. Or about me. I filled my novel with jumbled-up people making terrible decisions: retired mercenaries; mistrustful guttersnipes; opportunistic nobles; amoral scholars; failed parents. The lucky ones get to change, evolving into something more than what they were. I wanted to tell that story because in doing it, I make it possible to revisit harm or do penance for it. And if that’s possible for my characters, then it’s still possible for me. In a story-shaped world, I can think about people, and myself, with eager, urgent hope.

I wrote The Nine when I was processing a lot of my own failures and fears. There were a lot of characters to pack those feelings into, embodying pieces of my self-doubt, guilt, and anger. That’s why the story demands to be told correctly. There’s so much of me riding on it. It’s also why a writer never really knows what the correct story—the one that asks the right questions and fights for the right answers—looks like. Our needs change. There’s no one story that will heal us, because redemption is a moving target.

That’s not such a bad thing. Perhaps redemption should always lie just over the next hill, someplace we’re moving towards. That’s where The Nine leaves its characters. It’s where the book left me, too, writing its sequel, still searching for the things I need to say to myself.

(Editors note: Tracy Townsend’s The Nine was released on November 14, and is now available at all booksellers.) 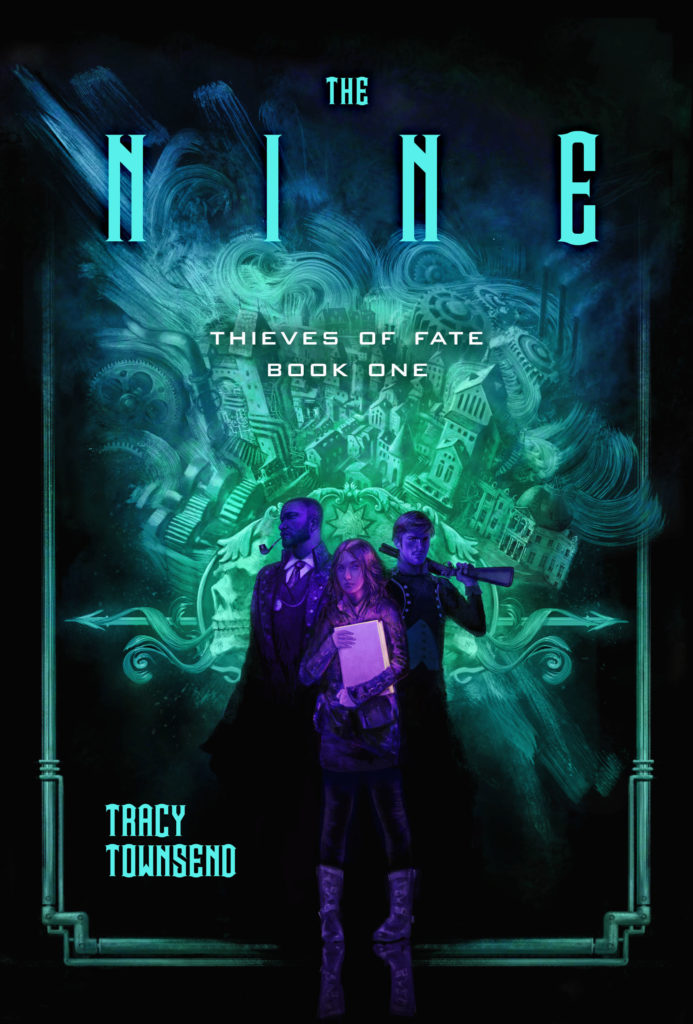 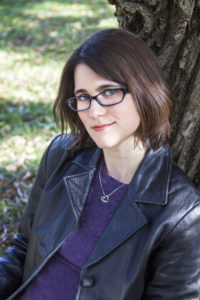 Tracy Townsend holds a master’s degree in writing and rhetoric from DePaul University and a bachelor’s degree in creative writing from DePauw University, a source of regular consternation when proofreading her credentials. She is a past chair of the English Department at the Illinois Mathematics and Science Academy, an elite public boarding school, where she currently teaches creative writing, and science fiction and fantasy literature. She has been a martial arts instructor, a stage combat and accent coach, and a short-order cook for houses full of tired gamers. Now she lives in Bolingbrook, Illinois with two bumptious hounds, two remarkable children, and one very patient husband. Her debut novel, The Nine, is the first in the Thieves of Fate series, published by Pyr November 14, 2017. You can find her on Twitter at @TracyATownsend and on the web at www.tracytownsend.net.