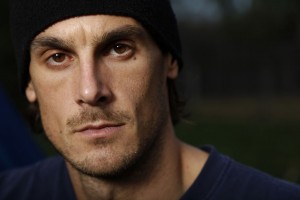 Chris Kluwe is a former NFL punter, writer, one-time violin prodigy, rights advocate, and obsessive gamer. Kluwe graduated from UCLA with a double major in history and political science and played for the Minnesota Vikings for eight years. He is the author of the acclaimed essay collection Beautifully Unique Sparkleponies: On Myths, Morons, Free Speech, Football and Assorted Absurdities and has been profiled in The New York Times, The Wall Street Journal, USA Today, and Salon. Kluwe has appeared at TED, discussing the topic of the future of virtual reality technology and its connection to building a more empathetic society, and he regularly makes presentations at major corporations, universities, and human rights organizations.

1) You co-wrote your recent novel Prime: A Genesis Series Event with Andrew Reiner. What are some of the challenges and advantages of collaborating with another writer to create a shared universe?

There were a couple obstacles we had to overcome, the main one of which was figuring out who was going to write the darn thing. Andy and I have very different writing styles, and when we tried alternating chapters at first, it was very obvious who had written which one. We felt that was a little jarring, so we decided to go with a system where I would write a first draft of a chapter, Andy would make suggestions/edits, and then I would go back through and make it all internally consistent. I think it ended up working really well for us, and we’re doing the same thing for book two.

One of the biggest advantages of collaborating with Andy was that we could push each other one when it felt like one of us was flagging. Probably the hardest part of writing a book is simply forcing yourself to get all the way to the end, a daunting task when you first put words to paper, but having a teammate makes it much easier. I would highly recommend, if not a co-writer, at least a cheerleader, someone who will help you get through the doldrums and remind you that the book won’t write itself.

2) You’ve played football in the NFL, authored essays and a science fiction novel, are an avid gamer, and you’re also a cook. You clearly enjoy challenging yourself and trying new things. Is there a hobby that you’re not interested in trying?

Ummm, none that spring immediately to mind. I enjoy trying new things, and the world is a vast and fascinating place. You’ll never know if you like something or not until you try it (a lesson I’m trying to teach my kids).

3) What is the most uncanny thing that’s ever happened to you?

Probably playing in the NFC Championship game in 2010. The atmosphere was surreal. I don’t think the noise in the stadium ever dropped below 100db the entire game. Even though we ended up losing, it was an incredible experience.