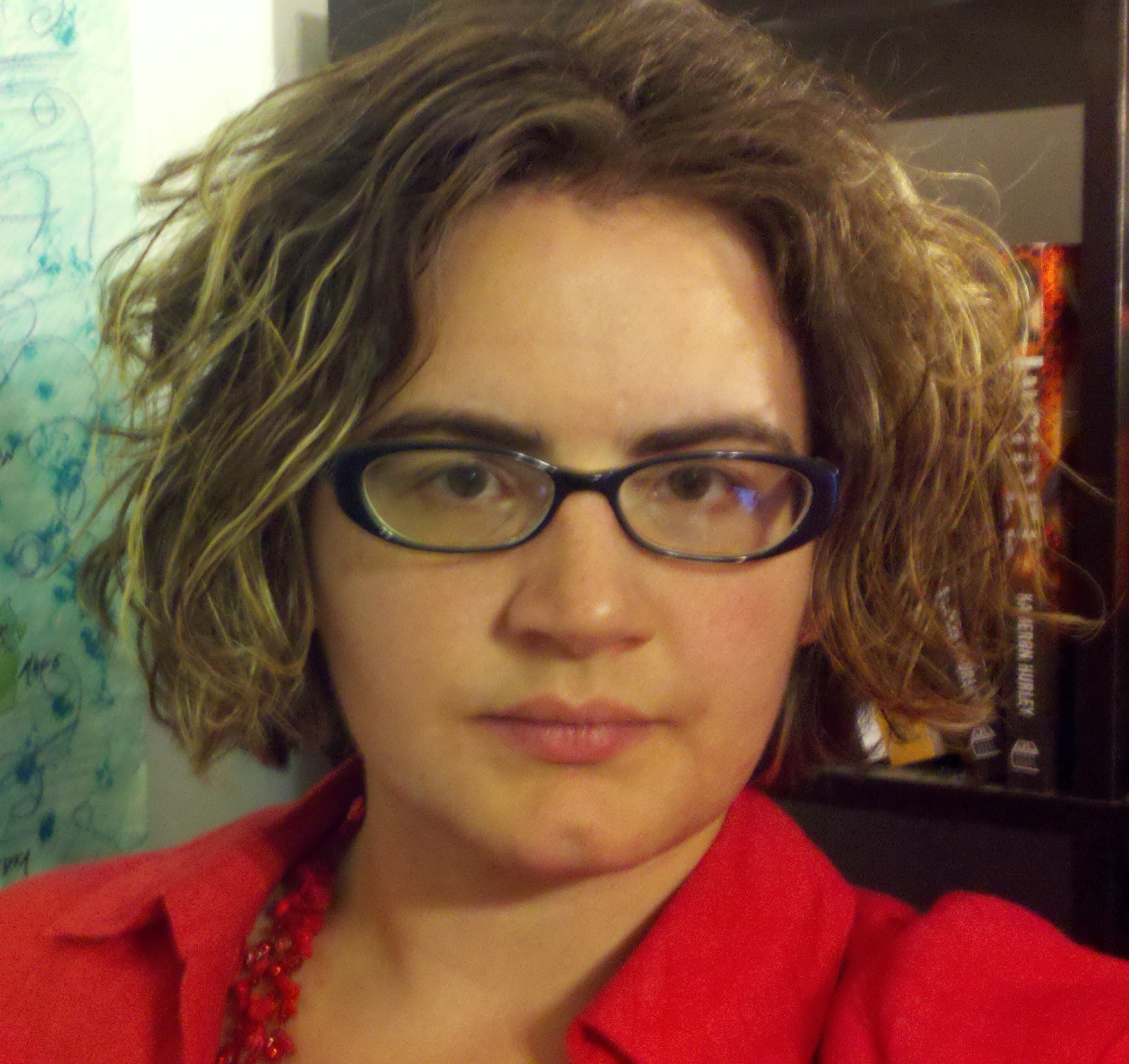 Kameron Hurley is the author of the novels God’s War, Infidel, and Rapture a science-fantasy noir series which earned her the Sydney J. Bounds Award for Best Newcomer and the Kitschy Award for Best Debut Novel. She has been a finalist for the Hugo Award, Arthur C. Clarke Award, Nebula Award, the Locus Award, BFS Award, and the BSFA Award for Best Novel. Her latest novel, The Mirror Empire, will be published by Angry Robot Books on August 26th, 2014.

1)You write both nonfiction and fiction – when you’re working on a new story or novel, do you concentrate exclusively on that project or do you also continue to write essays? Do your essays influence your choices in fiction (or vice versa) and if so, how?

I don’t think anyone who writes for a living gets very far without learning how to juggle multiple projects. At my day job, I generally write 2-4 pieces every day. When I get home, sometimes there will be an essay and novel writing, sometimes just novel writing. But if I stopped writing novels or other contracted work to pick up and pen an essay, I’d never get anything done. I actually write all of my essays fairly quickly. The longest one took maybe 6 hours – the rest generally only an hour or two. Investment in novels and short fiction is far greater.

Much of what I write about in nonfiction are issues I’ve encountered while writing my fiction, or are about situations or themes or structures I explore in my fiction. The fiction and the nonfiction come from the same person, so it’s inevitable they address similar themes, they just use different modes of storytelling to tackle those themes.

2) Your essay, “We Have Always Fought: Challenging the ‘Women as Cattle and Slaves’ Narrative” is the first blog piece to be nominated for the Hugo Award for “Best Related Work.” What was your approach to crafting this essay and how was it inspired?

It’s funny how you just don’t know when something is going to take off. Aidan Moher, the editor at A Dribble of Ink, asked me for a guest post about women involved in conflict, as that was my academic background – the history of women’s involvement in resistance movements in Southern Africa. I remember it being very late at night when I was working on it, thinking it was way too long, and being uncertain if Aidan was going to be on board with the long llama introduction. I just looked up my email to him when I turned it in, and it was this “I believe you inquired about a guest post a few weeks back, something related to female fighters in history. I seem to have finally written, uh, something sort of related to that. With bonus llamas.” His response was “It’s great.” Neither of us had a clue, I think, how it was going to go over.

At the time, Aidan’s blog got far more traffic than mine, and I knew it was a good place to host a post I was going to write anyway, as it would get a greater reach. I…just did not realize how much greater it would be. It’s been reprinted a bunch of times now, and is still gaining readership – over 160k+ readers on his blog alone. It was a tremendous post, a combination of the right content at the right time… and llamas. There are a lot of discussions going on online in gaming, fiction, movies and other media spaces about the representation of women, and this became the go-to piece for those arguing for inclusion in those spaces. I’m happy to have helped make it easier for folks to have those discussions. I admit that every time I see somebody ending a “women have never fought, it’s not realistic” argument by linking out to that essay, I snicker delightedly.

3)How do you use your work to challenge yourself or your readers?

If I’m not challenging myself, I’m not having fun. I had some folks point out that by the time I got to the end of my third book, RAPTURE, I had the noir bounty-hunter-gang-hunting-whatever form down pat. It’s great to have a form down, but why write the same book over and over again? If I’m going to get better as a writer, I need to challenge myself, which is what I’ve done with my new epic fantasy novel THE MIRROR EMPIRE. It’s unlike anything I’ve done before, and I had to stretch a lot of writing muscles to bring it into being.

And, of course, as far as content goes – I got into writing genre to explore worlds that were really different. If I feel I’m just reading about the same pseudo-medieval patriarchy all over again, I’m going to stop. I write what I like to read, and that means challenging ideas about how people organize themselves, and who we are at heart. If we remove all the modern day trappings and social structures, how different will we be? That’s the question I want to answer in my fiction.

I was staying at a bed and breakfast in Cape Town and it was very late at night. I was watching The English Patient, and the lights were all off and the window to my room was open. There are bars on many of the windows of houses there, and this was no exception. But as I sat there, I saw someone’s arm move through the window and point at the opposite wall, just out of the corner of my eye. I started and turned to face the window, but of course, no one was there. It freaked me the hell out and I had a lot of trouble sleeping. The next morning, at breakfast, I overheard two of the staff talking about the resident B&B “ghost” and how it must have been the one to move something around in the kitchen that morning.

It was a super fabulous B&B, but when I went to Cape Town on my next research trip… well. I didn’t stay there!