What I write doesn’t ever emerge from a vacuum. I write because I want to say something, because I want to continue a conversation, because something has made me think or feel, and art is the best way I know to communicate those things. Sometimes the influences are more specific – more easily known and identified – than others. In this case, I can definitely call to mind the books, and the writing, that became Roses and Rot – and yes, I recommend everything listed.

Roses and Rot is my debut novel. It’s a riff on the “Tam Lin” ballad (I’ve changed enough that I don’t quite see it as a retelling, though you may certainly call it that) with a pair of sisters at the heart of the story. Set at a modern-day artists’ colony, it’s about art and sacrifice and love, about what a person might be willing to do, to get the thing they most want.

The first place Roses and Rot started, though I didn’t know it at the time – I was in high school, and thinking seriously about writing wasn’t something I did until I was almost done with my PhD – was with Pamela Dean’s Tam Lin. Dean’s book was the first place I met the ballad of “Tam Lin.” Perhaps more importantly, it was the first place that really made me see what a retelling could do. I was familiar with retold fairy tales, had devoured every anthology edited by Terri Windling and Ellen Datlow I could get my hands on, but it wasn’t until Dean’s book that I saw a fairy tale as something completely shifted, made novel-length, made almost entirely new. There are others I’ve read, now, but that book – it’s one of the books that not only made Roses and Rot what it is, but made me what I am.

Another book that I owe a huge debt of gratitude to is Nova Ren Suma’s Imaginary Girls. I read it much closer in time to starting Roses and Rot, and Suma’s book really gave me the idea that I could tell a story that had sisters at the center. I could explore that complex and complicated relationship, and write something strange and magical about it.

I read Meg Wolitzer’s The Interestings right before I began my first draft, and it gave me the setting I wanted – someplace that was inside the real world, but outside of it as well. In her book, it’s a camp for the arts; in mine, an artists’ colony.

I read so much poetry – Denise Levertov and Anne Carson and Anne Sexton and Sylvia Plath and Anna Akhmatova and H.D. and Rebecca Lindenberg. I read biographies of women artists – I want to specifically mention Elizabeth Winder’s Pain, Parties, Work: Sylvia Plath in New York, Summer 1953, because it was the story of Sylvia before she became Sylvia Plath, when she was still learning who she was and how to be herself, a state that I very much wanted to capture for the women in my book.

And while I didn’t read any new ones while I was writing Roses and Rot, this book became the book that it is because I steeped myself in fairy tales of all sorts, as a child and as an adult. I have always been – will always be – interested in what leads to ever after.

(Editors’ note: Kat Howard’s Roses and Rot will be released on May 17th from Saga Press.) 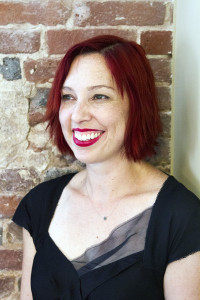 Kat Howard lives in New Hampshire. Her short fiction has been nominated for the World Fantasy Award, anthologized in Year’s Best and “best–of” collections, and performed on NPR. Her debut novel, Roses and Rot, will be out in May from Saga Press. You can find her on twitter at@KatWithSword.