Dominion was born of tragedy, but in many ways, it is one of the greatest blessings in my life. By 2019, I had been running my publishing house AURELIA LEO for four years and counting. I was also extremely burnt out. Truth is, small press publishing is not sustainable without a paying audience, and even for works that sold well, the stress involved in embodying an entire publishing house as one woman was and is exhausting. I was close to closing down my operation altogether to focus on my true passion: opening up a specialty bookstore for Queer, Southern, Trans, Black, Indigenous, and/or other Creators of Color under the banner of horror, science fiction, and fantasy. I was starting to make this shift, continuing to publish novel-length works, while sunsetting a majority of my publication in the process. But then, tragedy struck.

On July 16, 2019, my family survived a grease fire at our home. I sustained flash burns down my left arm and across my face, and my mother suffered full-thickness (3rd degree) burns on around 25% of her body. We all survived, but the scars from the accident and the trauma remain. After a near-death experience, one begins reexamining their life. I found myself wondering why I was sinking so much time and effort into an endeavor that didn’t bring me joy anymore? I’ve always published fiction, poetry, and art from across the spectrum of diversity beyond just race. However, I wanted to focus on something that was connected to my heritage. I gravitated to publishing Black speculative fiction. I needed to create a project rooted in my Christianity, my Blackness, my Womanhood, and all the pieces that make me me.

This anthology came about by picking up the pieces of my life. In my role as a public historian documenting racial violence in the Commonwealth of Kentucky for a documentary project, I came across The 1619 Project, directed by Nikole Hannah-Jones. I was blown away by the collaboration, and wanted to hear from those still living in the continent about 500 years worth of ramifications due to the global African slave trade. Then, I saw a short clip on the internet about The Year of Return sponsored by the Ghanaian government. This is what I was searching for! An explosion of academic and commercial dialogue was happening between Black Americans and the motherland. But how could I contribute? What could I contribute?

The final pieces of the puzzle that became Dominion had already been discovered. I just hadn’t put two and two together just yet. Henrique DLD’s Afrofuturistic artwork, Vagrant knight, became the cover of the untitled anthology project. Then, I tapped my soon-to-be co-editor Oghenechovwe, whose short story, “Ife-Iyoku,” shook me to my core. Aside from The 1619 Project, anthologies like Long Hidden & Hidden Youth, Dark Matter, New Suns, and [email protected] Rising inspired me to virtually reach across the Atlantic and build something unique with my co-editor. We were going to make history in the DIY spirit that made me love small press and micro-press publishing in the first place. The title, taken from Genesis 1:26-31, also embodied that spirit. What worlds would Black and African Diasporic writers send our way? How would they interpret the question, “What is the legacy and the future of Africa and the African Diaspora?”

We opened a call for submissions on a wing and prayer, and the authors and poets who submitted went above and beyond our expectations! We carried that momentum into a very successful Kickstarter campaign. But things have been a bumpy ride ever since. My health issues aside, COVID-19 changed the world as we know it, and has impacted the editorial process in surprising ways. From manufacturing enamel pins to general plummeting revenues all around, now more than ever, I am amazed by the positive response, and monetary support Dominion has received! Despite the hiccups along the way, I still feel like I’m walking in my purpose. During a time of open Black rebellion, we need to be centering Black voices. Both my co-editor and I hope you pick up a copy of Dominion, the first anthology to bridge African and African Diasporic speculative fiction and poetry!

My co-editor, Zelda, first approached me about partnering to make an anthology around July of last year. I had just signed a contract with her to publish my Africanfuturistic short story, “Ife-Iyoku”, in her magazine Selene Quarterly. I would later find out the story was one of the inspirations for the anthology. Thus began our year-long, taxing, but ultimately satisfying collaboration to produce the very first anthology of speculative fiction and poetry with writers from Africa and the African Diaspora!

I jumped at the chance to co-edit the anthology because it would afford writers on the continent—and beyond—an opportunity to be heard and have their voices amplified. I realized immediately that Dominion offered a lot of benefits for Black and African writers, as well as tackled structural problems. The first problem the anthology solved was payment. Very few magazines or literary journals on the continent pay writers. Despite being a student pursuing her MA at the time—while managing to run a small press on the side—Zelda paid authors, a huge financial commitment. She confirmed that the writers in the anthology would be paid as well. I knew then that she had a strong and healthy respect for creators being paid. Dominion was going to chip away at an endemic problem of unpaid literature on the continent.

The second need the anthology fulfilled that encouraged me to embark on it was the fact that it created a safe space for writers. Dominion would allow their voices to be appreciated by editors, and amplified amidst other works by writers, of the same race. These editors see unfamiliar stories and styles as flawed due to them deviating from American and Western ideals, which are wrongly considered the default standard of quality fiction. So we were two editors, one man, and one woman, Diasporan and continental, as balanced as could be, hoping to do justice to Black and African speculative fiction as much as we could.

Despite a successful crowdfunding campaign, and an outpouring of support from the SFF community, it hasn’t all been a path strewn with roses. Firstly, there’s been quite a bit of queries from certain elements questioning why African speculative fiction and this anthology should exist, asking what the need for it was, and what purpose it served. The fact that people even asked those questions was the very answer to those questions. And, despite exceeding our Kickstarter goals, the funds raised were not for marketing and promotion. So, that had to be done manually and painstakingly by ourselves on social media, using our own unpaid time and limited resources. Sometimes this was disheartening as there’s only Zelda and I. We’re just two people, and the work just could not be done, even when finances weren’t an issue. Sometimes, finances were the issue. There were places we could not go, things we couldn’t do, as a small press.  And, we were unable to work when our devices had issues, and we couldn’t immediately fix or replace them. COVID-19 further complicated things. Due to collapsing revenue, our arrangement with an Italian publishing house to translate the anthology fell through. Anxiety over our health was also a factor as both I and my co-editor have pre-existing conditions.

While we wanted balance by having two editors, it also proved tricky to handle as we were working across continents, time zones, and cultural barriers. Communication was frequently an issue. But we persevered. And despite all these obstacles, I dare say we have created one of the most important speculative fiction books, anthologies of the year. We have gotten press from a number of reputable places, like Den of Geek, and reviews from Quick Sip Reviews, blurbs from some of our favourite authors, and the anthology shows a lot of promise for its coming launch. I hope that it will overall improve the impact and value of Black and African speculative fiction and show writers, as it aims to, that their voices are highly needed and valued in the speculative fiction community. 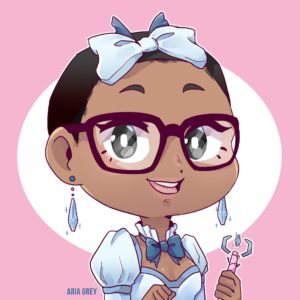 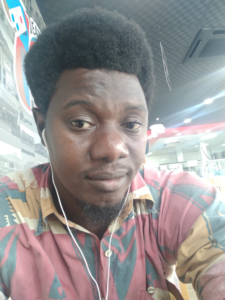 Oghenechovwe Donald Ekpeki is a Nigerian writer and editor. He has been awarded an honourable mention in the L. Ron Hubbard Writers of the Future Contest, twice. His short story “The Witching Hour,” won the Nommo award for best short story by an African. He has been published in Selene Quarterly, Strange Horizons, Tor, and other venues, and has works forthcoming in several other venues.

He has guest edited and co-edited several publications, including The Selene Quarterly, Invictus Quarterly, and the Dominion Anthology.
He is a member of the African Speculative Fiction Society, Codex, the Horror Writers of America, the British Science Fiction Association, and the Science Fiction and Fantasy Writers of America.
You can find him on Twitter at @penprince_NSA and on his website https://www.ekpeki.com.