Randall lowered one foot on to the surface of green fibers. The organic matter yielded under her weight but seemed to support her. She dared to put a second foot on to the strange, graminoid material—just as Archive came back with a response.

“A lawn,” it told her. “Proceed with operation.” Randall prowled across the lawn and into the light.

As she entered the suspect zone, her sensors met a high–flux bombardment of electromagnetic waves. After all her years in the dark, industrial wasteland, the light blinded her for a moment. “Five–fifty terahertz,” said Archive. Randall blinked away the coloured spots in her eyes, taking in the sight of the world inside the glass.

The wide expanse of lawn was bordered by tall, organic installations. Randall ignored Archive as it listed different classes of tree and shrub, scrolling text listing orders and families. She ignored the small, winged units buzzing round the flowers. She concentrated on the ringing of her own alarm systems.

Archive had detected pungent cis–3–Hexenal in the atmosphere around her; a volatile, aldehyde compound released by the slender leaves of the organic material under her feet. It took a moment to scan ancient source–works and confirm Archive’s hypothesis: the distinctive tang was due to every blade of grass having been recently cropped to a uniform height. Such grooming was not an automatic process, which meant Randall was not alone.

She primed her snub–missiles, then signalled her name and defence capability on a broad range of different wavelengths. Something suddenly responded, from behind a hedge.

“What is that infernal racket?” it spluttered in an archaic form of address Archive swiftly matched. Randall targeted all her missiles on the source of the words as it emerged into the light.

“Oh,” said the small, brown Homo sapiens, scrutinising Randall with its binary optical sensors. “Hello. Are you a robot? Or are you all called something different these days?”

“Designation: Randall,” Randall told it, struggling with the clumsy imprecision of the discontinued language. Her receptors scanned the man over, checking for hidden armaments in the skin and tissue. But the man presented no determined threat. Archive scrolled up details of accent and dialect, and estimated the man’s age. It also flagged a query.

“Why don’t you have any clothes on?” Randall asked.

The man looked down at his naked body as if he hadn’t realised. Then he flexed his shoulders, a manoeuvre Archive classified as a “shrug.”

Randall considered the question. “Currently: me.”

“True,” said the man. “I hope the sight doesn’t offend you.”

Randall studied him for a moment, just to be sure. “It doesn’t.”

“Well, there’s progress,” grinned the man. “Oh, time was there would have been objections. When we’d forgotten where we all came from.” He sighed. “Is there anyone else left but you robots?”

Randall masked her surprise that the man didn’t already know. “All animal classes are believed extinct.”

“Good riddance,” said the man, though he didn’t seem to mean it. Archive struggled to provide semantic context. The man shrugged again. “At least the plants survived.”

They surveyed the trees and flowers around them for a while in silence. Notable features added to a high aesthetic mass.

“Did you create this garden?” asked Randall.

“What?” said the man. “Oh, no, of course not. But I tend it best I can. Mow the lawn, prune the roses, keep an eye on the levels of sunlight and rain.” He gestured off across the garden to a bank of environmental controls. Randall quickly scanned the logs, which went back some forty years.

“You tend the garden well,” she said.

“Thank you,” said the man. “It’s not like I’m otherwise occupied. Can’t go outside because of all the charged particles. And there’s not much else to do.”

“You mean the feed? Yeah, I can patch in if I want to. But hearing those voices… It almost makes me miss them. And I get on okay. Happy with my own company.”

Again, the signified meaning did not match the spoken words. Randall sent a complaint to Archive for not supplying her with better cues. She wanted to say something of use. Archive suggested placing her hand gently on the man’s shoulder. Randall did so and the man did not object. They stood there, in the garden, Randall silently scanning the fluid that leaked from around the man’s eyes.

“Watch out,” said the man at length, wiping the salt water on to the back of his hand. Randall turned to see the small, winged units buzzing round flowers nearby. They followed a simple, repetitive program and presented minimal threat. Yet the naked man was wary.

“No, bees—and they really sting.”

He was right. Archive identified the venom sac and its complex mixture of proteins. The venom would not affect Randall’s own systems but posed a medium–level risk to the man. A targeted scan of his soft tissue showed previous inflammation where the bees had stung him.

“Why are they programmed to sting you?” Randall asked him.

“Makes them more authentic,” he said. “More like real bees.”

Randall flashed an etiquette warning, then realised his sensors were too limited to detect it. “By real, you mean organic,” she said.

“Oh,” said the man, his face colouring. “If I used the wrong word, I apologise. Of course, machines are people, too.”

“There is no purpose in stinging you,” said Randall.

“They’re protecting their nectar. They want the flowers for themselves.”

“But you tend the flowers. You are not a threat.”

“Whoever made them did,” said Randall. “I could alter their program for you.”

She took a step towards the bees but the man grabbed hold of her arm. Randall’s basic defence field lifted him from the ground and threw him back across the grass. The man lay there, making an unusual noise. A scan showed there had been only minor impairment. Archive suggested the noise indicated submission.

“I apologise,” said Randall. “My defence fields are automated.”

“S’okay,” said the man as he slowly got back on his feet. “Own stupid fault. But I don’t want you changing the bees.”

“They pose a medium–level risk to you.”

“So do you,” said the man. “I get along all right. They’re meant to be authentic. Warts and tooth and claw.”

“Archive says the flowers would have a lower probability of reproduction without the artificial bees,” said Randall. “That is their designated function.”

“Maybe,” said the man. “But it was always more than that. You said the animals died out.”

“All classes are believed extinct.”

“Right. And people didn’t like it. So they built artificial bees—and fish and bears and tigers. Whatever died out next. Oh, they knew the things weren’t real, that it was much too late. But they could pretend. It made them feel better for a bit.”

“The last thing you’re thinking is that they’re not authentic.” Then his facial muscles moved, a non–verbal display of emotion. “So,” said the man. “Are you here to close it all down? Delete it. Reallocate resources. Whatever you call it these days.”

“That would be logical,” said Randall. “But we have no need for the resources currently. And besides.” She considered how to explain her conclusions in a form he would understand, in a language with no facility for references or footnotes.  “It is nice here.”

They watched the bees followed their allotted course from flower to flower. “Do you think,” asked Randall, “that the bees know that they’re not real?”

The man didn’t respond straight away. “I think it’s better if they don’t,” he said.

Randall didn’t answer. Her program was very clear about sharing information freely. But she’d learnt enough of the semantic context to see that the man didn’t know the truth about himself—and wouldn’t want to, either.

All animal classes were long extinct. But, as they watched the artificial bees in the real, organic garden, Randall let herself pretend.

(Editors’ Note: Simon Guerrier is interviewed by Deborah Stanish in this issue.) 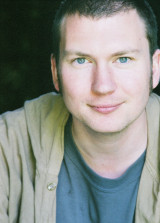 Simon Guerrier is the author of countless Doctor Who audio adventures, comics, and books, most recently The Scientific Secrets of Doctor Who. His novella Fall Out was published by Abaddon Books in November 2015. With his brother Thomas, Simon produces documentaries for BBC Radio 3 and has made a number of award-winning short films. 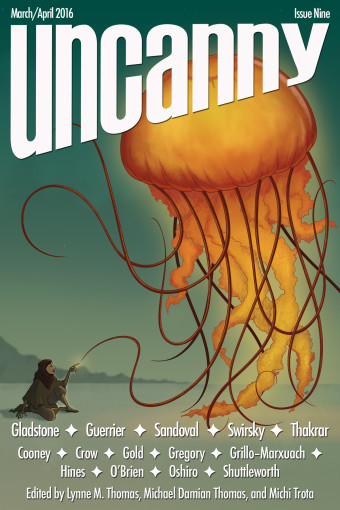