Resistance 101: Basics of Community Organizing for SF/F Creators and Consumers— Volume Four: “Don’t Let Him Catch You With Your Work Undone”—Activism for the Long Haul

My so-called qualifications: I’ve been a community organizer for fifteen years. I’ve helped organize hundreds of direct actions, ranging from tame sidewalk rallies to occupations of government office building lobbies to tent cities on vacant bank-owned properties. I’ve gotten arrested in Central Park at a midnight protest; I’ve been illegally barred from public legislative hearings; I was detained by the Secret Service while protesting outside the 2004 Republican National Convention. And by supporting the work of homeless people organizing for social justice, I’ve also helped win over a hundred concrete policy and legislative changes. None of this makes me an expert, or means that my tactics are the best or only way to do any of this. Plenty of people have been fighting a lot longer, or have achieved a lot more. Your most effective organizing will be shaped by your own skills and experience, and the collaborative decision-making of a group of folks with a real stake in the issues you’re fighting for.

The Trump Regime has spawned a new generation of activists, fierce proud powerful people who are scared as hell of what’s happening, and determined to fight back.

But activism is hard work. We’re fighting fights that are so big and so difficult that it’s easy to get overwhelmed. Especially for folks whose primary modes of activism are online, who don’t have the physical love and support that comes from being part of an activist group that meets regularly, where you can bond over books and go out to eat after the meeting and build lifelong friendships; without that support it often feels like we’re wrestling the wind. Burn-out is as big a threat to our movement as anything the Department of Justice can cook up.

In my fifteen years of activism and community organizing, I’ve been privileged to work closely with so many fantastic and inspiring mentors and elders and icons and troublemakers. They’ve been the thing that saves me from despair, from hopelessness, from burn-out. Few of them have had a greater impact on me than Mr. Jean Rice.

Born 78 years ago under the “American apartheid” of the pre-Brown-v-Board-of-Education South, Jean has lived more lives than most of can even imagine. He’s survived being hounded out of the U.S. military by racist commanding officers. He’s survived the prison-industrial complex—he was imprisoned in Attica prior to the uprising in 1971. He survived decades as a homeless person on the streets of New York City.

But he’s never stopped fighting back. And his activism at Picture the Homeless has led to the passage of dozens of bills and policies that have positively impacted tens of thousands of homeless people.

So I took a moment to interview Jean, about what he’s seen and learned in seven decades of resistance, and why he’s still in the struggle.

“On July 1st, 1939 in Anderson South Carolina, I was born into a period of American history better known as Plessy v Ferguson—“separate but equal” public facilities were constitutional and legal. As a subject of that doctrine, I have firsthand knowledge that separate was never equal. And almost always resulted in Jim Crow social policies—i.e., dual standards of criminal justice administration, public education, and public accommodation. I’ve always remembered that Abraham Lincoln admonished us Americans that we cannot exist half slave and half free.”

I asked Jean what his take on the rise of Donald Trump was.

“In my 78 years as a U.S. citizen, I have never witnessed the election of a more unqualified and controversial president. When he nominated Jeff Sessions to be his Attorney General, members of Picture the Homeless were amazed that a person who had been deemed too racist and biased to sit on the federal bench could be appointed and approved to be the top law enforcement agent in America. But just today mainstream media announced that this president says that had he known that the attorney general Sessions would have recused himself from a pending investigation, he never would have nominated him. It should appear to all enlightened Americans that this president has an agenda of self-interest and is hesitant to appoint public officials who are impartial.

“Along with our rights as Americans, we also have responsibilities. One of them is to stay involved. Whether that’s with an organization, or on your own, civic involvement ensures transparency and accountability. Without civic participation, the policy makers are less apt to be held accountable and there’s no reason why they should lend transparency to the policies that they make. Only a vigilant citizenry keeps America the longest standing free democracy on the face of the earth. We would evolve into a tyrannical police state otherwise. When we think about the fact that America is approximately five percent of the world’s population, while consuming 25 percent of vital energy resources, we should all be alarmed when our current president refuses to join our global sisters and brothers as we attempt to confront climate change.”

I asked Jean if he ever gets overwhelmed, or depressed, or feel like stepping back from social justice activism.

“Each time that I contemplate being less involved in monitoring public administration and criminal justice administration, some circumstance seems to always present itself where I feel that I as an individual, and Picture the Homeless as an organization, can make a difference and contribute to America coming closer to its founding social justice credo. For instance, for years we have worked to counteract the negative impact of the Manhattan Institute, a far-right think tank that has been the driving force behind such failed, racist public policies as the “Broken Windows” theory of policing. So when their agent Heather MacDonald authors a publication called The War on Cops, and within the pages of this book she degrades single-parent families of color, I am greatly concerned. Personally, my grandmother Pearl Frasier died when my mother was less than two years old, leaving my grandfather to raise three boys and three girls. Because of strong family values and Christian belief, this single parent family survived as sharecroppers. My grandfather was able to see all of his daughters married off and migrating to New York City. During this migration period my uncles passed away, leaving my aunts to raise my cousins as single parent moms. I am proud to report that my cousins who were products of this single parenting have successfully retired from the transit authority, have successfully completed social work at York College, and some have evolved into private entrepreneurship. My family is positive proof that not all single parent families of color are without a value system and character of integrity. I am sure that my family is not the only family that has endured single parenting and successfully assimilated into the American mainstream, however, my work with Picture the Homeless gives me a bully pulpit to contradict racist dogma such as that which is found within the pages of Ms. MacDonald’s so-called War on Cops.”

As a key to long-term survival in activism, Jean also stresses the importance of connecting to your roots—your ancestors, your culture, your blood family, your chosen family.

“The elders in my family have always used oral history to remind the younger generations that our spirituality and our family ties and recognizing our culture was always vital to evolution and survival. A case in point is the situation in Jackson, Mississippi. The tragic assassination of Medgar Evers motivated my favorite spiritual group, the Jackson Southernaires, to compose spiritual music that to this day inspires me when late at night I am doing research and writing to further my work at PTH. For instance, “Don’t Let Him Catch You With Your Work Undone” always serves to remind me that our creator continues to leave me here to fulfill a purpose, and I firmly believe as I devote my life to fulfilling that divine purpose, the creator will provide me with more time to spend with my loved ones and allies.

“In closing, I always advise the youth to study our American history. If our American sisters from the suffrage period would have given up on the right to vote, they never would have won in 1920. I always remind myself that if our cause is just, conquer we must.”

Jean and I are working on some tough issues. Homelessness in New York City is a horrific crossroads of poverty, racism, patriarchy, and the function of the police as brutal enforcers of an unjust status quo—but it’s also a mirror for who we are as a society, a window into the true nature of capitalism in America. The obscene wealth we tolerate; the bad behavior we permit our leaders; the massive suffering of the poor that we are totally fine with walking past every day. It’s hard not to get overwhelmed by such a stark insight into how we are monsters.

So I’ve definitely taken Jean’s advice to heart, and learned from his example. The people I love are who get me through the times when I feel burned out or overwhelmed or hopeless or like we can’t win. My family, my husband, my friends—and, perhaps most importantly for our purposes, my comrades, my siblings in the struggle. Love is at the heart of all we do—why we fight—and love is what gets us through the dark days.

Sam J. Miller is a writer and a community organizer. His fiction has appeared in Uncanny, Lightspeed, Asimov’s, Clarkesworld, Apex, Strange Horizons, and The Minnesota Review, among others. His debut novel The Art of Starving (YA/SF) was published by HarperCollins in July, 2017, and was followed by Blackfish City from Ecco Press in 2018. His stories have been nominated for the Nebula, World Fantasy, and Theodore Sturgeon Awards, and he’s a winner of the Shirley Jackson Award. He lives in New York City, and at samjmiller.com.

Jean Rice was born on July 1st, 1939 in Anderson, South Carolina and was educated in the New York City Public School System. From 1979 through 1981 Jean attended Norwalk Community College in Norwalk Connecticut, where he studied Criminal Justice administration earning a place on the Deans List. While attending Norwalk Community College he was president of the Black Student Union and also served as the community liaison for then Deputy Mayor Otha Brown, Jr. Jean was homeless for over two decades, and is currently in transitional housing. He supplements his income by picking up cans for recycling and engaging in constitutionally-protected solicitation of the public, referred to by some as panhandling. Jean is also an avid reader and student of history. Jean is a member of the Board of Directors of Picture the Homeless, and is an active member of the Steering Committee and the Civil Rights Committee. 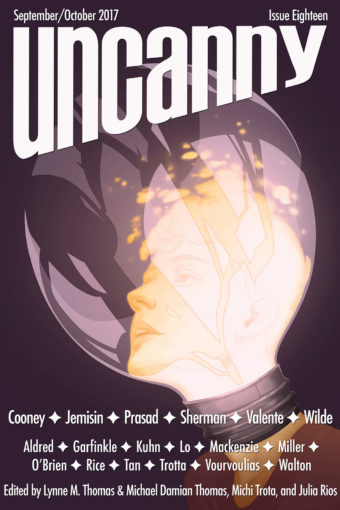