Tansy Rayner Roberts is an award-winning writer of science fiction, fantasy, feminist essays, and humour. She lives in Tasmania, Australia, with her husband and two superhero daughters. Tansy is a co-host of Galactic Suburbia and Verity!, and also has her own weekly fiction podcast, Sheep Might Fly, where she reads her own fiction serials. She has a PhD in Classics and finds time to obsess about ancient literature, superheroes, musketeers, and fictional hockey. “How to Survive an Epic Journey” will be her fifth published piece of writing with Uncanny Magazine.

Uncanny Magazine: I imagine that while pursuing your PhD you must have studied classical and ancient literature extensively because there is a natural synchronicity between your writing and the characters from classical mythology. How did your academic background influence “How to Survive an Epic Journey?”

Tansy Rayner Roberts: The further I get from that strange, mystical time when I was a student of Classics, the more I realise what an unbelievable luxury it was to spend so long immersed in history, literature, and mythology. It’s a huge part of my own history—what I like to call my cultural stash—and it’s something I can always draw upon. Being a Classics student is a lot like any obsessive fandom. You end up with a pile of personal headcanons, inside jokes and Personal Outrages. I honestly don’t know how other Classics students who don’t write fiction deal with having all that in their head. I guess they become the quirky teachers who randomly start ranting about the likelihood of Helen of Troy actually being at Troy that whole time…

Uncanny Magazine: The Greek myth of Jason and his quest for the golden fleece, along with his Argonauts, is one of the first known hero’s quest, leading to it also being one of the most well-known. How did you approach making it something fresh and new for both Jason and Atalanta?

Tansy Rayner Roberts: One of the first things that really struck me when I first studied ancient mythology was how different the ancient heroes were to the G-rated, Saturday morning cartoon/picture book versions that are often our first introduction to these characters and also to our modern idea of “hero”. In this post-Superman world, it’s genuinely shocking to read about the sort of behaviour that Herakles, Theseus, and the rest got up to while still being considering heroic (A LOT of the terrible behaviour was in how they treated women). Then again, this is a world where many people consider Donald Trump to be a hero…

I didn’t have to do much with Jason, honestly, other than provide a protagonist who didn’t think he was god’s gift. He’s a jerkface. All the stories Atalanta relates are straight from the mythic sources. Medea is a more controversial figure, but since reading Kerry Greenwood’s novel Medea (and particularly the author’s note about how there’s a story Euripides was paid by the city of Corinth to absolve them of their role in the deaths of Medea and Jason’s children, which is why she is demonised in the most famous play about her), I’ve always felt a great sympathy with her. Yes, she needs a friend!

Atalanta has always intrigued me, as women in history and mythology acting outside “traditional” roles always do. She’s one of the more controversial Argonauts because some men flatly refused to believe a woman would be allowed on that ship. And she has at least two different romance narratives told about her, which is very rare for a woman in Greek mythology. Again, my version draws straight from the myths—it’s only the voice that feels modern. I love applying a modern voice to ancient history, because of the jarring expectations, and because it draws attention to the fact that these stories are SO OLD but still very relatable. Xena taught me to appreciate that technique!

Uncanny Magazine: Within “How to Survive an Epic Journey” many of the women are attempting to take control of their own fate, choosing their own path, and helping others do the same. Did you hope the story would act as an inspiration to other women? What were some of your secondary goals for your story beyond spinning such a truly golden yarn?

Tansy Rayner Roberts: Whatever I write, I’m always asking the question: where are the women? Because so many stories, so many books and so much history does not in fact ask that question. I particularly love writing female friendships into stories that traditionally treat women as solitary creatures surrounded by men: exceptional women are so often written as being the Only One. In the myths, both Atalanta and Medea are always written as surrounded by men, and in Medea’s case, in competition against other women. Of course they would be friends!

My larger agenda, if I have one (of course I have one) is gathering a body of work on the topic of how heroes of the ancient world make terrible boyfriends. Ovid, one of the sharpest and most sarcastic Ancient Roman poets of all time, devoted a whole book to this topic—in the Heroides, he wrote poems about the abandoned and mistreated wives/girlfriends/mistresses of the ancient myths, giving them voice. I recently rediscovered my love for Ovid’s Heroides with the fabulous new translation by Clare Pollard (women translating texts from a culture that never bothered to preserve texts written by women is truly a wonder of the modern world).

But these stories of “heroes” whose ambition means that they only see women as rewards or a retirement plan… They’re not as far from our current culture as we like to think. Sure #notallmen, but those men still exist today, and they’re often the men who are seen as most successful in our culture. Find other male role models. Lift women up as you climb. Be their escape plan if they need one.

Uncanny Magazine: A story surrounding a hero’s journey upon the sea will often include quite a bit of water and wind imagery. Such imagery can also serve as a representation of washing away and wearing down, something water and wind both do naturally, and something Atalanta of Arcadia, our narrator, fights to do against the expectations levied upon her. What do you think are the differences between telling a hero’s quest tale on land versus sea?

Tansy Rayner Roberts: That’s such an interesting question! I don’t think we really appreciate boats enough, in the modern world. I live in Tasmania, and as recently as 70 years ago, the roads were so bad in my state that the majority of crops and goods were transported by water. Our rivers were highways. I was raised on Arthur Ransome novels, and the romance of sailing is imprinted deep in my soul. I live on an island, so it unsettles me deeply to travel more than an hour or so away from an ocean view.

Boats were everything in the ancient world: transport and freedom and power. So what does it mean then, that hilarious superstition about women being bad luck on boats? It means that women are trapped.

There is such a power in the idea of a sea-based quest as opposed to a land based quest. It’s so much more intense—the landscape could kill you in an instant. Weather becomes even more essential. You’re all trapped together—no easy way to escape if you’re fighting with your boyfriend or if the crew start thinking someone else would make a better captain. So many emotions! So much drama.

This story is really a love story about Atalanta and the Argo—she is the other woman, though, in that relationship. The Argo is Jason’s ship, even if he doesn’t deserve her.

Uncanny Magazine: The story “How to Survive an Epic Journey” has such a forceful spirit and a light levity to it, what can we look forward to the morrow’s horizon?

Tansy Rayner Roberts: Aw, thank you! My stories always seem to have humour in them, even (especially) if the theme is quite dark. On my own horizon, I have a superhero novella coming out from Book Smugglers in December, “Girl Reporter.” I’m working on a re-release of my Creature Court trilogy (Rome, flappers, shapechangers, frocks) which I’ll be running a crowdfunding campaign for next year, with new cover art. And there’s always a new fiction serial at my Sheep Might Fly podcast.

Uncanny Magazine: Thank you for sharing your insights with us! 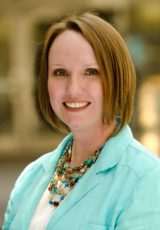 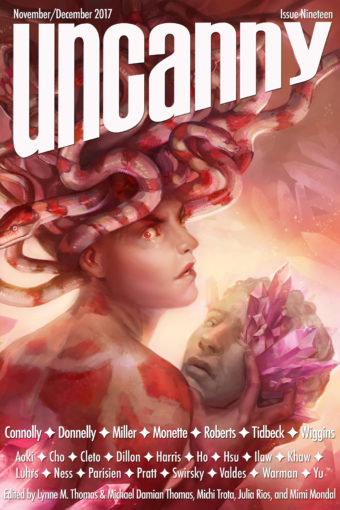