(Guest post by Aliette de Bodard with art by Likhain)

We talk about agency a lot in writing: that attractive characters, suitable heroes, and role models are in control, or if they are not, this is because their character arc leads them to being in control—the conflict involved in being in charge of one’s own destiny being the quintessential, most interesting one in fiction.

I don’t want to suggest that having agency is not a worthy goal (it is!) but by over-focusing on it, often to the detriment of everything else, we devalue two things: powerlessness, and depending on others. 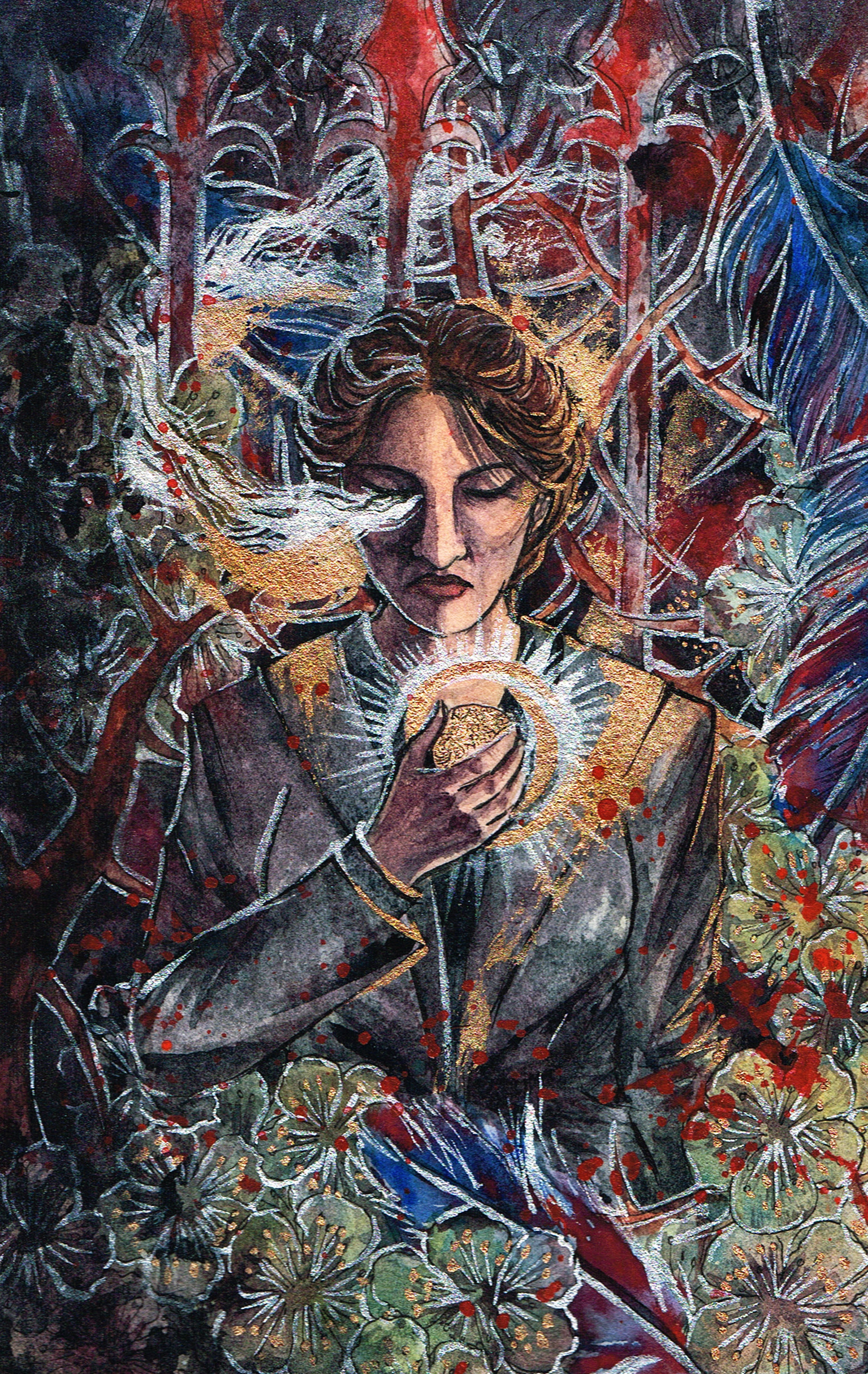 Madeleine, one of the characters from my book The House of Binding Thorns. For most of the book, she has little agency in the conventional sense: no overt power and no desire to gain any, and no hidden talent for either magic or diplomacy (both of which are the big power drivers in the universe). But she still has her story. (Art by Likhain.)

It’s worth asking what kind of power is talked about when we say that a character “lacks agency”: overwhelmingly, this is an overt perception of power. It’s the act of being brashly in charge, of controlling things at a large scale, and disproportionately being in a position to inflict violence or go to war. The “covert” perception—political influence via quiet words in someone’s ears, shadow courts, or other means—is either inexistent or devalued. It’s also the act of having the title as opposed to having actual power: there’s a persistent fantasy that only the person named as being in charge gets any influence to do anything, as if spouses and advisors were just here for show—the Louis XIV fantasy of the absolute monarch pushed to absurd extremes (it’s worth noting that Louis XIV promoted this idea to try and silence the nobility, who controlled enormous amounts of land and power at the Versailles court).

The other thing about dismissing powerlessness is that it devalues and erases the oppressed. It’s saying, essentially, that the less power one has, the less worthy of a story one is. That if someone is truly oppressed, and the story isn’t about some brash rebellion, some gaining of that overt power, then it’s not worth telling. That being oppressed is some sort of grey, featureless state where nothing worth notice happens—that there are no sorrows, no joys, no everyday struggles, no little victories to be snatched. That, in short, the only story of oppression worth telling is the brazen breaking of it.

The other thing that overemphasising agency does is that it makes it sound like a bad thing to be dependent on others, and especially being part of a community you can rely on. This is problematic on several levels: the first and most important one is that we are not and were not meant to be self-reliant (raising a child, for instance, is seen today as the job of a nuclear family, but it’s frazzling and exhausting and really much easier if we come back to the way it was done: by the extended family/community). Admitting that one can’t do everything alone isn’t a moral failing or a weakness: it’s deeply and fundamentally human.

The second is that many things in life, especially the largest ones that genre narrative patterns are so fond of, are really achieved by several people. And, by “several people” I mean dozens or hundreds rather than just a hero and a sidekick (though frequently, even the hero being dependent on the sidekick is seen as a lack of agency). There’s a great symbolic weight put on a hero’s capacity to “shine” at the end by doing something all on their own, but the larger the thing is and the larger its consequences, the less realistic it is that a single Chosen one could actually accomplish it with no help.

And, finally, “being in control” is a bit of a fallacy as well: the underlying assumption is that there is some sort of ideal state where a person can master everything that happens to them. But, in real life, many things are outside our control, and that remains true no matter how much power we might hold: we don’t get a say in illnesses or natural disasters, to take just two extreme examples, but even small things, like a car accident happening along our commute, are also outside our control. And sometimes, the goal isn’t to take charge and change them—but to bow down, to accept, to recognise that we aren’t the masters, and to see how we might best accommodate unmovable facts. By promoting a narrative of agency, we’re also promoting a narrative of shame: that illnesses are always our fault and our moral failing—that not being cured means that you’re not doing enough, that being poor is because you’re not working with enough dedication; that failing to move unmovable facts is because we didn’t try hard enough.

This isn’t to diss agency: it’s something worth striving for, it certainly is a useful writing tool and a useful prism for looking at stories. But, as with all tools and lenses, it’s worth taking a good, long hard look at it: it cannot be the only lens we view the world through; and above all it cannot be the only tool we use to build stories—lest it impoverish us all.

(I was going to gracefully insert my book, The House of Binding Thorns—which is about Fallen angels, dragons in human shapes, and communities in a ruined and decadent Paris—into this blog post, but I honestly can’t find a way, so I’m just going to do it the blatant way. Book was just released and I’d be very grateful if you gave it a go!) 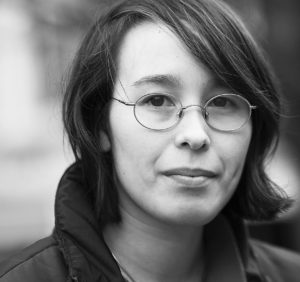 Aliette de Bodard lives and works in Paris, where she has a day job as a System Engineer. She is the author of the critically acclaimed Obsidian and Blood trilogy of Aztec noir fantasies, as well as numerous short stories. Recent works include The House of Shattered Wings (Roc/Gollancz, 2015 British Science Fiction Association Award) and The House of Binding Thorns, novels set in a turn–of–the–century Paris devastated by a magical war, and “The Citadel of Weeping Pearls” (Asimov’s Oct/Nov 2015), a novella set in the same universe as her Vietnamese space opera On a Red Station Drifting.

One Response to “The Fallacy of Agency: on Power, Community, and Erasure”