For the Gardener’s Daughter

If I am Hades, my char’iot splintered
When I met you; my cold bones ignited
With heat, bright, that in my chest had wintered
Through storms of cities, my own heart blighted.
Your fingers’ warmth, your sighs, I’d sew them here—
Imprinting flesh and bone with golden thread,
So they might linger beyond half the year
When only cooling shadows grace my bed.
Now seeded in me and fast consuming
The fertile heartground I’d not known I had,
This lust for sunlight, rebel’iously blooming
Is enough to drive a conqueror mad—
Fool enough to wish a kingdom away,
I would swallow death whole to make you stay.

(Editors’ Note: “For the Gardener’s Daughter” is read by Amal El–Mohtar in the Uncanny Magazine Podcast, Episode 4A.) 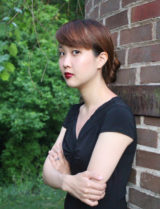 Alyssa Wong studies fiction in Raleigh, NC, and really, really likes crows. Her story, “Hungry Daughters of Starving Mothers,” won the 2015 Nebula Award for Best Short Story, and she was a finalist for the 2016 John W. Campbell Award for Best New Writer. Her fiction has been shortlisted for the Pushcart Prize, the Bram Stoker Award, the Locus Award, and the Shirley Jackson Award. Her work has been published in The Magazine of Fantasy & Science Fiction, Strange Horizons, Nightmare Magazine, Black Static, and Tor.com, among others. She can be found on Twitter as @crashwong.

3 Responses to “For the Gardener’s Daughter” 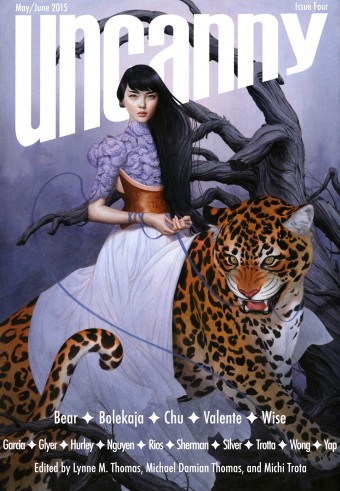